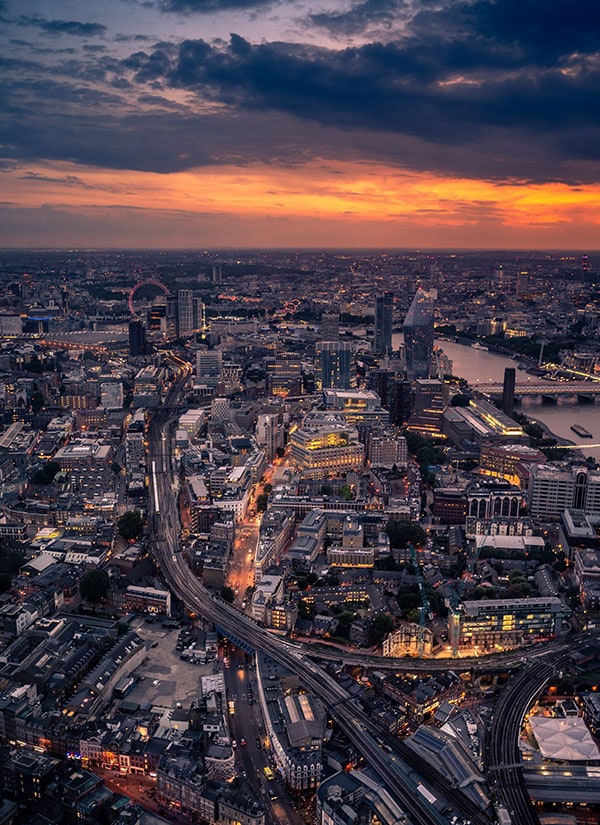 When it comes to the ‘green agenda’ you’d be hard pushed to find a sector more committed than the construction industry, with developers and contractors across the country working to develop new and sustainable strategies – with the focus very much being on ‘zero carbon’.

The desire to provide environmentally-sound products and services is nothing new, with ‘sustainability’ becoming something of a buzzword in the industry over the last decade, but why this sudden big push towards that magic number, ‘zero’, when it comes to carbon emissions?

Back in 2019, government legislation was passed with the aim of bringing all UK greenhouse gas emissions to net zero by 2050. Ambitious? Perhaps, but London already has the lowest carbon emissions in the UK, thanks to the wide presence and use of public transport, minimal heavy industry and its high density, and so, when Mayor of London, Sadiq Khan pledged to bring the city’s zero target forward by two decades to 2030, the capital was applauded for embracing the green agenda more so than the rest of the country.

But, is this approach going far or fast enough?

In response to those who said, ‘no’, Sadiq Khan revealed new policies, set out in the New London Plan, which is set to be published by the end of the year. These specific policies will require:

A climate emergency has been declared in 27 out of 32 London authorities, with strategies being put in place to accelerate carbon emission recovery. Initiatives such as the Whole Life-Cycle Carbon Assessment consultation and the Business Energy Efficiency Survey have been introduced to bring attention to targets for carbon emission reduction and sustainability. And that isn’t all – as well as initiatives that focus on construction, the Mayor also announced plans for an ultra-low emissions zone, targeted for 2025 and to eventually expand to cover the entire city, as well as a plan for the London Underground to to be fully powered by zero-carbon sources by 2030, and for petrol cars to be banned by 2035.

It doesn’t take a doctor to tell you that as the world gets more crowded and we continue to pump out carbon emissions into the atmosphere, that the air we breathe is getting more and more dangerously polluted. 9 out of every 10 people in the world are breathing air that is polluted to some degree, with 7 million people dying from its effects every year.

Serious health effects of the poor air quality caused by carbon emissions include strokes, lung cancer and heart disease, of which a shocking third are caused directly by air pollution.

Air pollution isn’t something you can escape from either – however wealthy an area you are from, microscopic pollutants caused by carbon emissions can penetrate our respiratory and circulatory systems. Scary stuff. Just as frightening is the fact that this pollution is closely linked to climate change, for example, the warning is that if coal-fired electricity must cease by 2050 in order to limit global warming rises to 1.5c.

How Can the Construction Industry Address Carbon Emissions?

The construction, operation and maintenance of buildings makes up 45% of the total UK carbon emissions, with 10% coming from the construction process alone – which might not sound like a scary number, until you consider that we’re talking about 10% of 520 Mega-Tonnes. Shockingly, 32% of landfill waste also comes from construction – with 13% of products delivered to sites going directly to landfill without even being used.

How can we change this situation?

Firstly, through better construction technology. The industry being heavily reliant on steel means that the iron ore needed has been depleted, and turning to low-grade stocks means that more needs to be extracted than ever. Obtaining the raw component means (among other things) deforestation, removing part of the earth’s natural carbon sink, and contributing to soil erosion.

Carbon-neutral constructions, such as those developed by Blue Chyp, rely instead on a sustainable, environmentally-friendly hybrid of materials, making us one of the forerunners in the industry dedicated to reducing carbon emissions and protecting our planet.

But it’s not just steel; there’s also concrete. There was a time when cement manufacturers were the second largest carbon emitters in the world, but now efforts are being made to reduce the impacts on the planet. New manufacturing techniques that use much lower temperatures, release far lower carbon dioxide, and use less limestone and fossil fuel, are helping to lower the detrimental impact of the industry on our planet.

In September 2020, Wilmott Dixon, the UK’s independent construction and property services company, launched their new sustainability strategy, ‘Now or Never’, which laid out ambitious targets for 2030 regarding zero carbon emissions.

One of their strategies, the Better Planet theme, aims to “leave the environment in a better state than when we found it”, which they plan to achieve through key targets such as:

Impressive, and where Wilmott Dixon lead, other contractors are sure to follow.

The Benefits Of MMC

The advantages of MMC are many and varied, including an increase in productivity, time efficiency, a reduction in waste, and the high levels of quality that are achieved through factory-controlled assembly. Then, of course, there is the environmental factor, with the switch to sustainable materials and building techniques reducing the production of carbon emissions.

Modern methods of construction, and net zero carbon emissions go hand-in-hand, and the industry is fast becoming aware of the importance of MMC, particularly when it comes to the crucial role that the construction and estate sector will play in the post-COVID recovery period.

Currently, the use of MMC is relatively low across the industry, but increased knowledge of the importance of eco-friendly solutions are on the rise, and constructors and their customers are beginning to consider the environment in their projects and are incorporating more sustainable measures in both their designs and their processes.

When you look at the government’s target of 300,000 new homes to be built each year (a figure which often falls short), it’s not surprising that there is political interest in MMC. Along with said targets, there are warnings of worker shortages within the sector in the coming decades as the current construction workforce starts to retire – with too few new recruits waiting in the wings – as well, of course as the ambitious targets for reducing carbon emissions. Modern methods of construction are being increasingly looked to as a solution. Offsite manufacture speeds up delivery, improves quality, and reduces cost, waste and emissions. It also reduces the need for skilled onsite labour, which could provide an answer to workforce shortages by providing opportunities for people to be trained in new skills.

Optimising the use of less polluting materials, such as low-carbon cement, (which is less energy-intensive to produce), as well as sustainable materials like timber, straw and compressed earth, is an important way that MMC are reducing carbon production in new buildings. Then there’s waste management; reduce, reuse, recycle; the important ‘three Rs’ for cutting carbon emissions. More often than not, waste is produced when excess materials have been ordered for a project, a problem that can be eliminated by offsite construction providing only what is needed, and having effective strategies in place for reusing materials on other projects. MMC also offers a way to reduce the number of journeys needed to and from the site delivering materials which, as transportation currently accounts for 20% of the UK’s carbon emissions, is welcome news.

Want to work with us?

Build what has never existed. Develop the products and tools that will shape the future.

Page load link
We use cookies on our website to give you the most relevant experience by remembering your preferences and repeat visits. By clicking “Accept All”, you consent to the use of ALL the cookies.
Cookie SettingsAccept All
Manage consent

This website uses cookies to improve your experience while you navigate through the website. Out of these, the cookies that are categorized as necessary are stored on your browser as they are essential for the working of basic functionalities of the website. We also use third-party cookies that help us analyze and understand how you use this website. These cookies will be stored in your browser only with your consent. You also have the option to opt-out of these cookies. But opting out of some of these cookies may affect your browsing experience.
Necessary Always Enabled
Necessary cookies are absolutely essential for the website to function properly. These cookies ensure basic functionalities and security features of the website, anonymously.
Functional
Functional cookies help to perform certain functionalities like sharing the content of the website on social media platforms, collect feedbacks, and other third-party features.
Performance
Performance cookies are used to understand and analyze the key performance indexes of the website which helps in delivering a better user experience for the visitors.
Analytics
Analytical cookies are used to understand how visitors interact with the website. These cookies help provide information on metrics the number of visitors, bounce rate, traffic source, etc.
Advertisement
Advertisement cookies are used to provide visitors with relevant ads and marketing campaigns. These cookies track visitors across websites and collect information to provide customized ads.
Others
Other uncategorized cookies are those that are being analyzed and have not been classified into a category as yet.
SAVE & ACCEPT
Powered by